Transform Your Failure into Success: The Positive Power of Mistakes 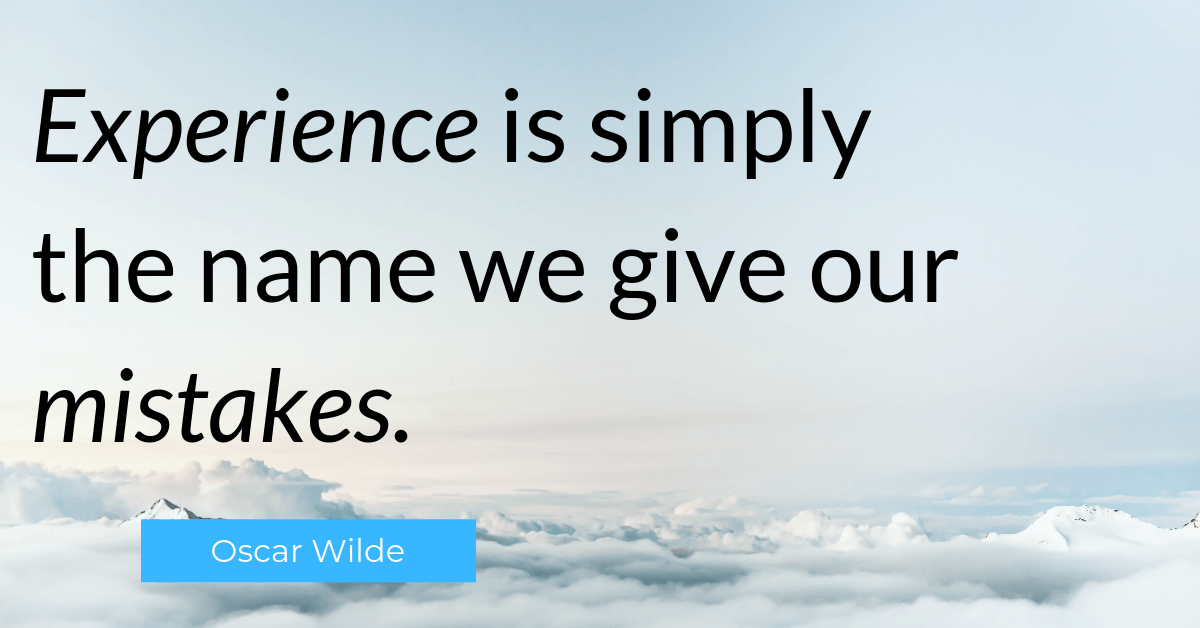 There is positive power in mistakes.

That power happens when you turn failures into success.

The problem is, when you’re in the middle of a mistake, it’s pretty hard to see the positive in it.

But one of the best ways to see the positivity surround mistakes is hearing how others persevered through some mess ups in their lives. And overcame them.

So I wanted to share one of my mistakes I’ve experienced while working from home so I could encourage YOU!

I sat and tried to think about a specific failure that has happened throughout the past couple decades I’ve been an entrepreneur — one that would make an epic story of failure turned success and encouragement.

The many, many times I made a major work-from-home fail

I thought about the time my husband and I bought an online course that cost a couple thousand dollars when we really didn’t have the money to spend. We didn’t end up wanting to do what the course was about. So we dropped it.

There was another time I wrote up a contract to work with a client…and I failed to stick with the contract and ended up working way more than what I was actually getting paid for.

And then there was the time I was new to a proofreading niche and lost a client because I made too many mistakes on a few jobs I returned.

I worked for a giant client, put all my eggs in one basket, and then had to step away from the job and the significant income I was making.

I underrated my skills and quoted a rate to a client…and ended up working on a project for way less than the value I was bringing to the project.

Yeeeet another timer I ignored a conflict with a team member and let it grow instead of addressing it like a big girl and getting it out of the way.

You get the point… My mistake list goes on and on.

Learning through the failures

Just thinking about that list kinda makes me feel…stupid…even discouraged.

But you know what?

Each of the failures I’ve made over the years taught me a something important.

That even though I made mistakes, I had still gained something powerful from them.

I turned my failures into success.

Like that expensive course we bought — I learned what I didn’t want to do in my career. Even though we dumped a lot of money into that course, it wasn’t worth sticking around working on something I wasn’t passionate about. Because if I’m going to work at home, I want to do something I’m excited about.

That contract I wrote that ended up losing me some serious money and I waaaay overworked myself on… I learned how to write better contracts and be upfront about talking to clients when projects grew beyond the initial agreement.

The proofreading job I lost: it made me study more and improve my skills so I didn’t lose future clients.

When I had to step down from that giant client…I learned I can’t depend on others to always pay my bills. I needed to diversify in my business in order to be confidently successful.

The time I undervalued my skills on a project quote — I learned to take time to step back and analyze the project and would be required before I made a quote.

And the time I let a conflict fester for too long — I learned to just be upfront and talk to people…even if it isn’t fun. Even if we aren’t besties at the end of the conflict, at least I knew I handled the situation professionally and did what I could on my end to reach a resolution.

The power of mistakes: Realizing failure can make you successful…if you are willing to learn

Being a virtual entrepreneur, working from home, isn’t something you learn overnight. It’s not something where you make one mistake, learn from it, and then never have mistakes again.

Stop dreading making a mistake — or beating yourself up when you do make one.

Instead, start thinking about the power of mistakes. And how you can turn them into a success.

We’re human. So mistakes are a part of life. So we have to learn from them.

When you make a mistake, start thinking how you can apply what you learned to the next situation.

And then always, always keep growing — don’t give up!

Even 20 years into entrepreneurship, I’m still making mistakes. BUT, you know what? I’m learning too!

And I wouldn’t have it any other way.

What’s a mistake you’ve had in your career?

Maybe it makes you cringe or want to squeeze your eyes shut so you can try to block out the memory 😀 But really think about it! What mistakes have you made…and, most importantly what did you learn from them?

Because if you learned — then that mistake was worth it.